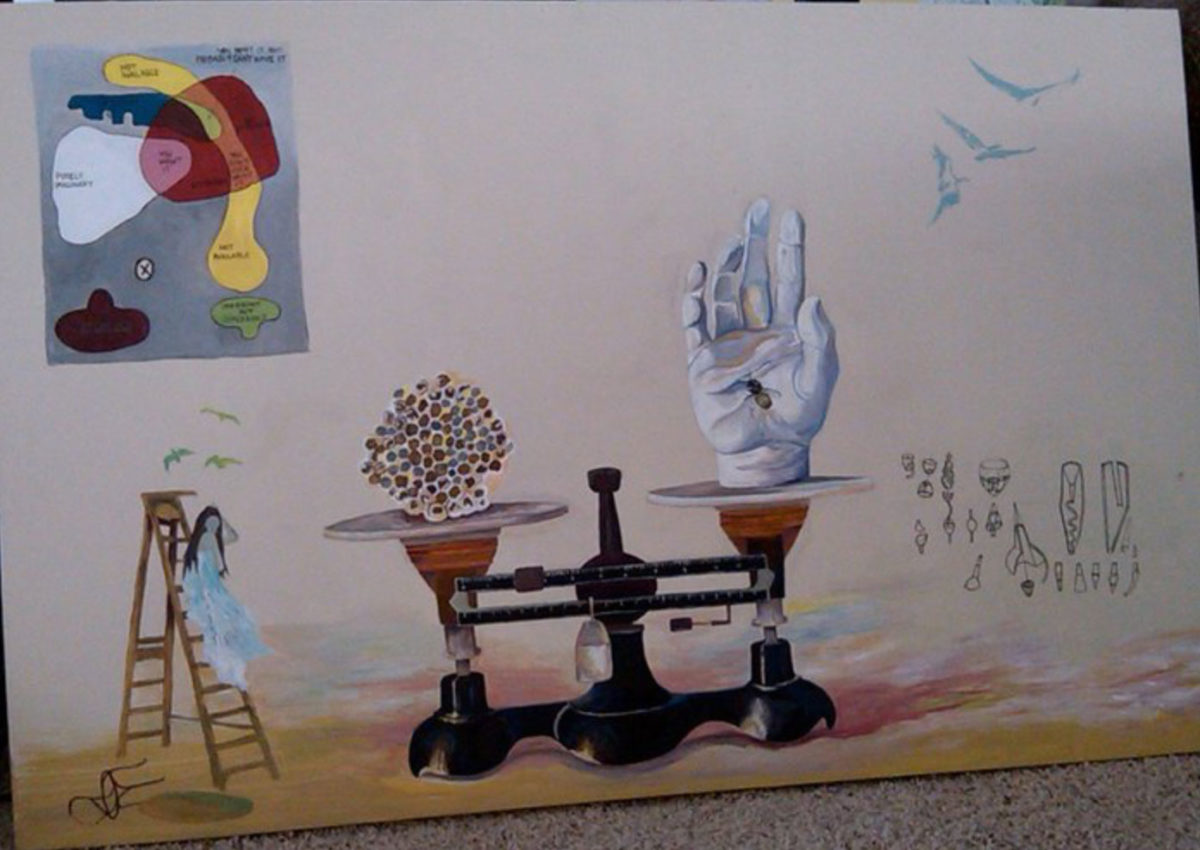 Some of the earliest known wall art is found in the Lascaux caves in France and are approximately 17,000 years old and the oldest cave paintings from the Paleolithic era are possibly 35,000 years old. Australia has cave/rock painting dating an astonishing 40,000 years old! These cave wall decorations depict the world around the people who created the images. 3,000 year old images depicting humans and animals were discovered in and even older cave art found in India dates back as far as 10,000 years. The common themes illustrate the lives and times of the people who lived there and include social scenes such as dancing and drinking, childbirth, burials, and local wildlife. Various theories suggest that the paintings’ purpose was to communicate or record information, or connect to a religious or ceremonial ritual, or a combination of both.

Ancient Egypt has many fine examples of wall decoration. However, wall art was exclusively for the pharaoh, nobles, religious buildings, and tombs. Although Ancient Egyptians also had papyrus reed paper in an age when most of the population couldn’t read, they needed another way to convey their greatness so someone from other lands could clearly see the grandeur, status and nobility of the Egyptian legacy.  The walls were used as a surface to visually record important events and information related to religious practices and history as well as to serve as a visual warning to their enemies of their military and martial greatness. Tombs were often decorated with scenes from everyday life to ensure continuity in the afterlife. The technique generally was to cover the temple, palace, or tomb wall with a thin layer of plaster. This provided a flat surface for the artists to paint.  This tradition of adorning the walls and ceilings of tombs and burial chambers was also a cultural phenomenon in Europe where sepulchral decorations were discovered in pagan catacomb ceilings reflecting the heavenly celestial themes and symbolism of ecclesiastical art as well as astrological ceiling decor.

In ancient Rome, wealthy Italians loved to decorate the walls of their houses and villas. The main rooms were decorated with colored plaster walls. More expensive wall decorations were made of mosaics or sometimes very large painted murals. The typical themes included family portraits, important individuals or events from history, pictures of the gods, and illustrations of myths. During the Middle Ages in cold climates there is evidence that fabric was used to cover walls in order to act as insulation and eliminate drafts. The wealthy often used elaborate tapestries on the walls. They served a dual purpose – the tapestries were decorative, providing colorful scenes to brighten drab interiors and they were practical acting as insulation.  Evidence of wallpaper being used as a decorative feature was seen in the Middle ages. This came in the form of hand-made designs on paper or fabric. These themes tended to reflect scenes from the natural world, urban and rural landscapes, historical events and tended to be patterned

The history of wall and ceiling decoration evolved significantly during the 18th and 19th century as wallpaper became a cheaper alternative to other wall surfaces that had been used in the past. People of wealth often used elaborate plaster work, stone such as marble and expensive woods to decorate the walls of their homes.  There are many other variations of wall decoration features including overall paint colors, windows, mirrors, woodwork, paintings, etc.